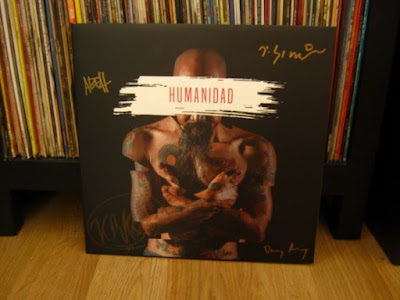 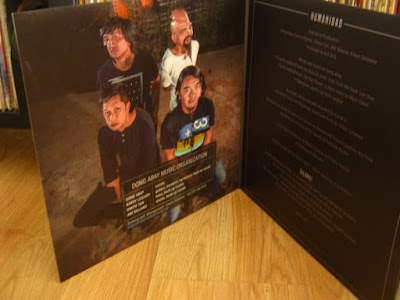 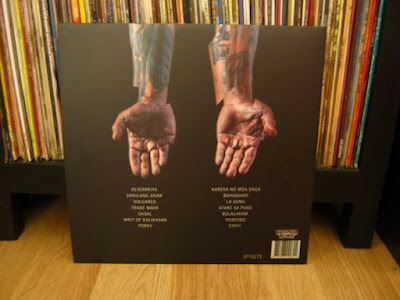 The music of one of the best songwriters of this generation will once more be available to new and old fans when Dong Abay’s "Humanidad" album will be available from independent label Backspacer Records in the next couple of weeks.

Humanidad, recorded under the Dong Abay Music Organization (with Kakoy Legaspi on guitars, Simon Tan on bass, and Abe Billano on drums) was independently released in November 2017 on compact disc and only recently made available on streaming sites.

The album finds Abay in his acerbic best that will recall his gems with Yano and Parnaso ni Pan. Songs like “Oligarkiya” and the soaring “Dakilang Araw” will go down as some of Abay’s best.

“Earlier this year, I saw Dong Abay re-post on Facebook an article about ‘Humanidad’ saying it was available for digital streaming,” recounted Backspacer Records’ Robert Tuazon. “I listened to the stream and wasn’t disappointed.”

“During this time, we were producing the record of Peryodiko’s first album and we had just received the test press from abroad. With three of the members of Peryodiko also forming Dong Abay’s band, we knew they were happy and satisfied with the sound quality. This gave me the confidence in approaching Dong and his manager, Elwyn Zalamea, to have the album pressed on vinyl. To my surprise, they both responded positively.”

“Dong Abay is a Philippine treasure and his bandmates in DAMO (Dong Abay Music Organization) are heavyweights in their own right. When Dong posted that having ‘Humanidad’ pressed on vinyl is a dream come true for him, we felt proud.”

“It has been four years since ‘Humanidad’ was released and I think it still sounds fresh and timeless (even with the pandemic),” pointed out Abay.

“It’s my first time to have an album out on a long playing record,” added Abay. “During my time with Yano, we had singles pressed on vinyl. I am grateful and humbled for the trust and persistence of people who believe that it’s a great album to be given the vinyl treatment. ’Humanidad’ as an artistic idea is a living thing already. On vinyl, we reach a broader and captive audience.”

According to Tuazon, almost the entire run has sold out in pre-selling. A small number was left to make available to fans during the proper album launch this August at Backspacer Records’ store at D’Ace Plaza in Barangay Kapitolyo, Pasig. 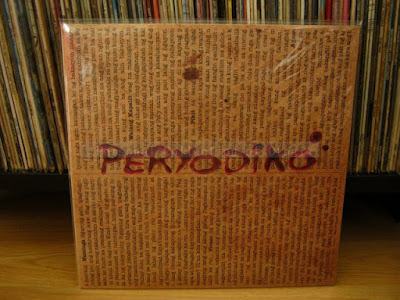 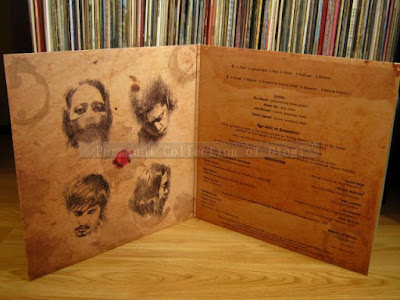 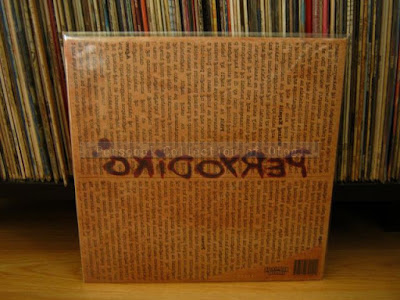 Side A
Pikit
Agawan Base
Tayo
Lihim
Huminga
Milenyo
Side B
Piraso
Paglaya
Kumapit Ka Tuwing Luines
Bakasyon
Walang Kapalit
Peryodiko is a rock band formed by singer/guitarist Vin Dancel after the dissolution of his previous group, Twisted Halo. Aside from Dancel, the band is composed of accomplished veterans in the local scene, with former Rivermaya guitar virtuoso Kakoy Legaspi, former Dong Abay drummer Abe Billano and Lampano Alley blues and jazz bassist Simon Tan.
— Aldus Santos (author, Repeat While Fading: Pinoy Rock Biographs; Editor in Chief, Pinoytuner.com)
Long-time music fans may zero in on the fact that Peryodiko, in its fairly short existence, has already gone through at least three sets of personnel. The odd thing about this, however, is it somehow rationalizes the Phoenician qualities of the group: while its members, past and present, are far from dispensable, it is the spitting potency of Peryodiko’s songs which reigns supreme. Chief tunesmith and guitarist Vin Dancel, who first broke into the scene in a big way via the now-defunct Twisted Halo, has certainly found his place in the sun. In songs as wistful as “Kumapit Ka Tuwing Lunes,” as invigorating as “Bakasyon,” as dramatic as “Agawan Base,” as painfully sweet as “Ispeling,” as monstrously demonstrative as “Ayoko na ng Drama,” Dancel and company always find the right words and the apt melodies for every life concern: desire, heartbreak, resignation. Though practically still in their creative infancy, only clocking in two releases thus far—a self-titled full-length and the EP Balik sa Simula—Peryodiko’s songs already ring out like modern classics, familiar because they mined only the best for inspiration, memorable because they fortified time-tested elements even further. With such a stellar past CV peppered with greats both low-key and emerging—guitarists Kakoy Legaspi and Josh Villena; bassists Simon Tan and Ian Tan; drummers Abe Billano and Pat Sarabia; not to mention record producer Robin Rivera of Eraserheads fame—Peryodiko is now soldiering on with new cohorts in creation: guitarist Kris Dancel, drummer Ristalle Bautista, and bassist Mond Merle. The new quartet has already performed a handful of shows, and already, those same songs, familiar, memorable, are already bequeathed new lives.
Posted by edwardc08.blog at 8:25 PM 1 comment: 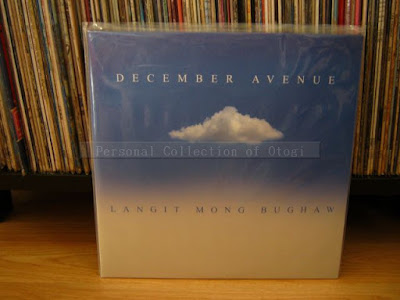 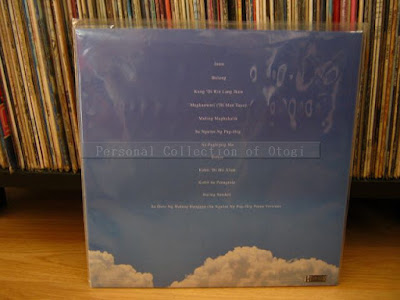 Side A
Intro
Bulong
Kung 'Di Rin Lang Ikaw
Side B
Magkunwari ('Di Man Tayo)
Muling Magbabalik
Sa Ngalan Ng Pag-ibig
Side C
Sa Paghimig Mo
Dahan
Kahit 'Di Mo Alam
Side D
Kahit Sa Panaginip
Huling Sandali
Sa Dulo Ng Walang Hanggan
December Avenue is a 5-piece indie pop/alternative rock band from Manila, Philippines known for their viral compositions online. The band is one of the most streamed OPM bands of all-time.
The band is composed of Zel Bautista on vocals and guitars, Jem Manuel on guitars, Don Gregorio on bass, Jet Danao on drums and backing vocals, and Gelo Cruz on keyboards and backing vocals.
Bautista, Manuel, Gregorio, and Danao started out in their alma mater University of Santo Tomas in 2007. Cruz, an alumnus of De La Salle-College of St. Benilde, was later added in 2016. Bautista is the chief composer of the band. Originally known for their predominantly English songs, the band has released Tagalog songs since 2016.
Posted by edwardc08.blog at 8:18 PM No comments: 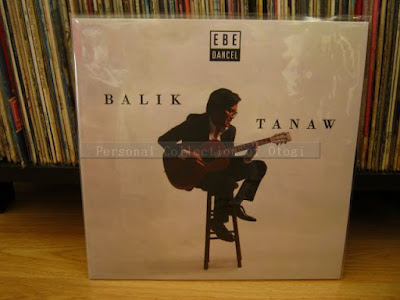 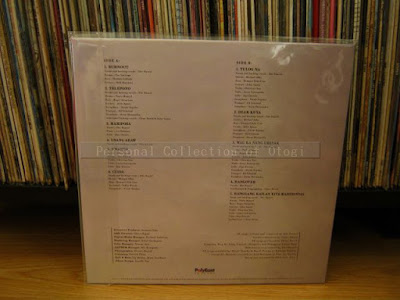 Side A
Burnout
Telepono
Mariposa
Unang Araw
Kwarto
Cuida
Side B
Tulog Na
Dear Kuya
Wag K Nang Umiyak
Hangover
Hanggang Kailan Kita Mahihintay
Ebe Dancel was born as Vincent Ferdinand Dancel.
He is a composer, known for Pisay (2007), Heneral Luna (2015) and The Trial (2014).
Dancel is the former lead vocalist of the band Sugarfree, and was active from 1999 to 2011.
He pursued a solo career right after his departure from the band and has released two albums since then.
Posted by edwardc08.blog at 8:09 PM No comments: 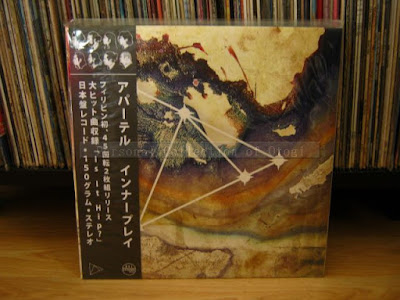 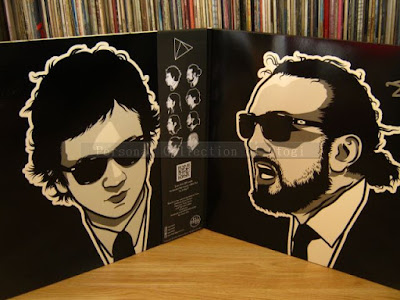 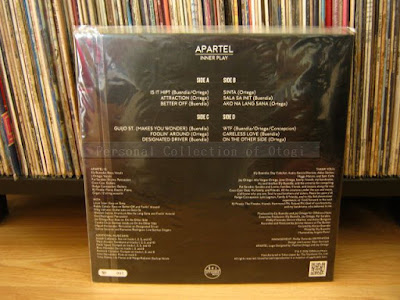 Side A
Is It Hip?
Attraction
Better Off
Side B
Sinta
Sala Sa Init
Ako Na Lang Sana
Side C
Guijo St. (Makes You Wonder)
Foolin' Around
Designated Driver
Side D
WTF
Careless Love
On The Other Side
-----
Full Flood 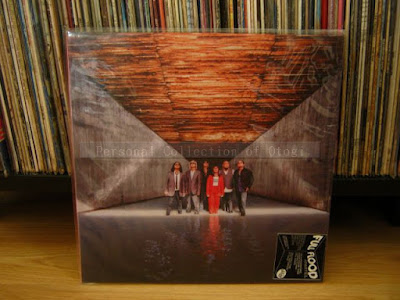 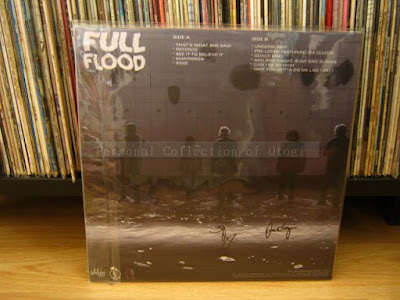 Side A
That's What She Said
Pateros
See It T Believe It
Mahiwaga
Sisid
Side B
Underbroner
Pre-Loved Featuring Zia Quizon
Quack King
Can I Be So High
Why You Gotta Do Me Like That?
Generating well-deserved buzz in the independent music scene with the release of their debut album “inner play”, boasting to be the first OPM double vinyl release on 45 rpm, APARTEL braves the paradox of the “supergroup”, breaking the listener’s expectations of its’ members histories. Fusing soul, funk, blues, and the right amount of crooner-ism — Apartel penetrates moods from excitement to heartbreak, all cruising under the umbrella of rock n roll.
Fronted by Filipino music icon Ely Buendia and dynamite jazz cat Rj Pineda (keyboards) complimenting each other on vocal duties — and backed by a strong assembly of players, a veritable wrecking crew with Coco Coo and Redge Concepcion (guitars), Jun Lazo (bass), Pat Sarabia (drums), Deej Rodriguez (percussion), the mighty members of Brass Pas Pas Pas (horns) and the “Double D” sisters Donna and Diane Sagun (back up vocals), this is one band that will not go unnoticed. 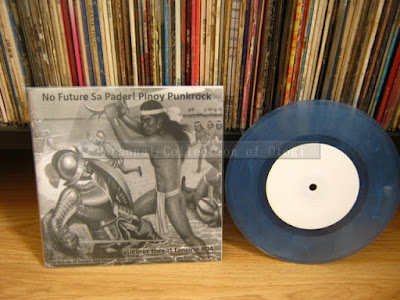 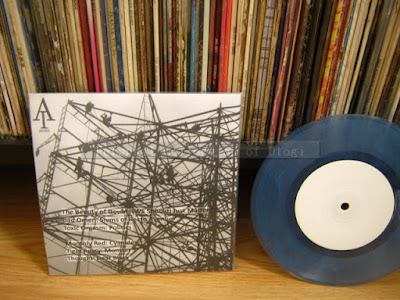 Various Artist Up Yours 2

Up Yours 2
Compilation Album 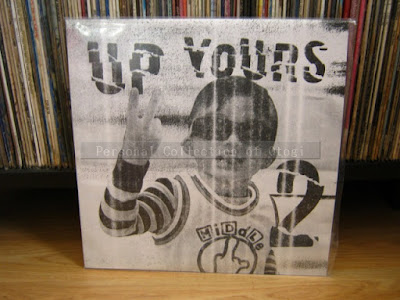 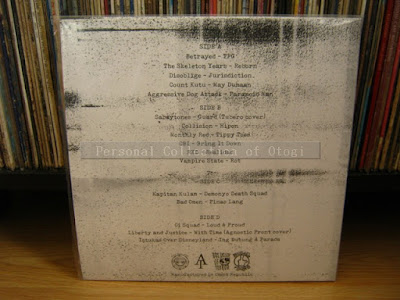