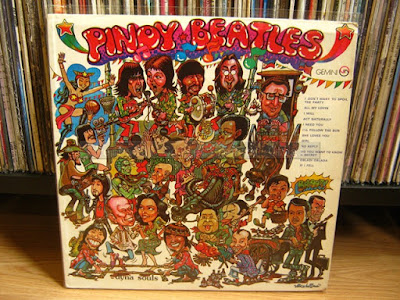 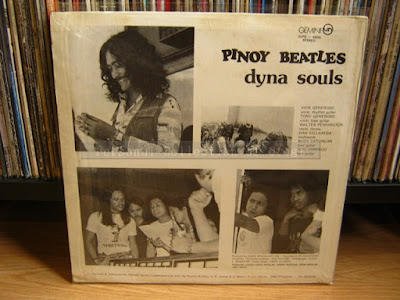 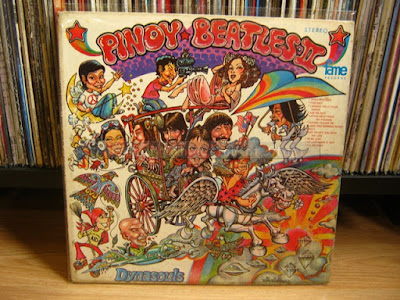 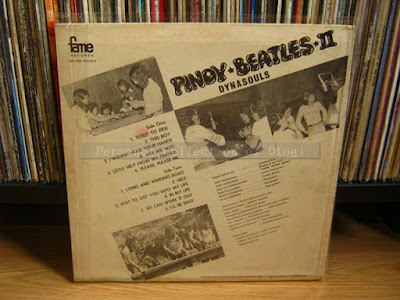 Side A
Tocket To Ride
This Boy
I Wanna Hold Your hands
Ask Me Why
Little help From My Friends
Please, Please Me


The Dynasouls (originally named Dynasonics) is a Pinoy rock and roll band of the late 1960s that specialized in interpreting and covering songs from The Beatles. The band members are:

The original Dynasonics was managed by Fred Vitan who was also the band manager of the Bits N' Pieces band. Most recently, Pennington has passed away at San Diego, California in the United States. 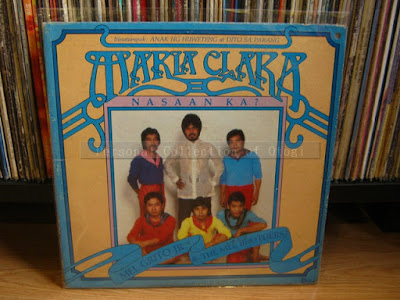 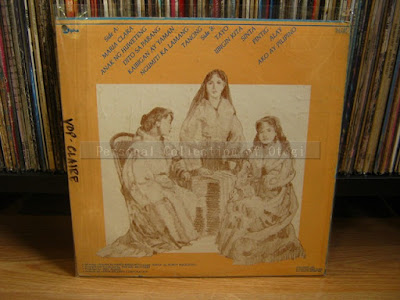 Eddie Peregrina And The Blinkers 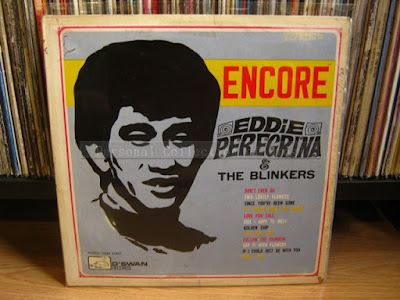 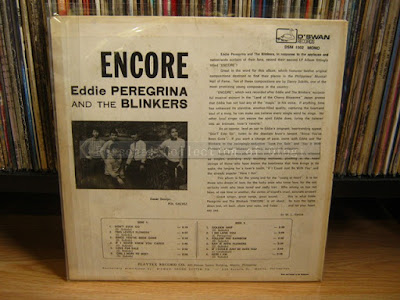 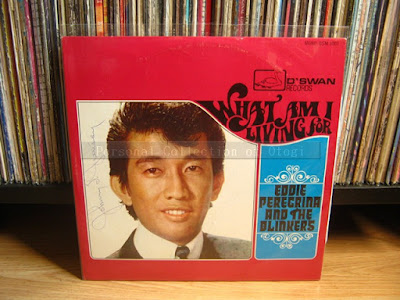 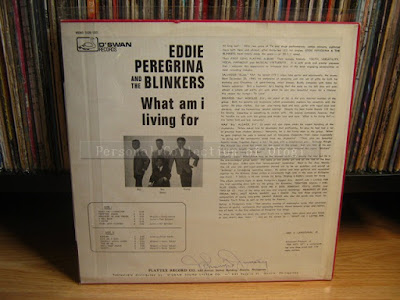 
Eddie Peregrina and the Blinkers was a popular music band in the 1960s. It was composed of "Jukebox" legend Eddie Peregrina (vocals, lead guitar, and organ), Salvador “Buddy” Yap (bass guitar), Edgardo “Bee” Morelos (rhythm guitar), Max “Boy” Alcaide (drums), and Edgard Oscar Asur (keyboard). The band was mostly based in Japan. The band itself served as back up when Peregrina became popular as a solo artist. 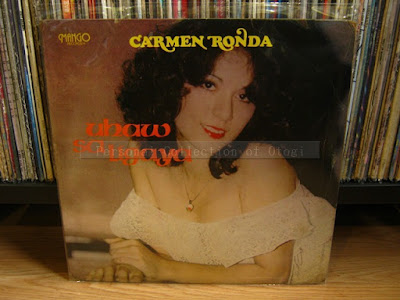 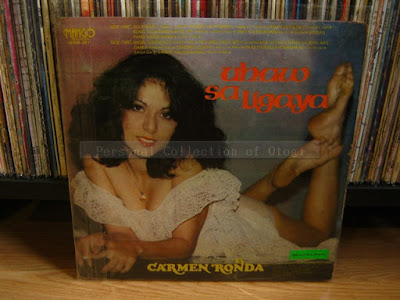 Ronda was one of the popular sexy stars in the 70s. She made a big name in entertainment industry by starring in popular flicks such as “Piknik,” “Bata pa si Sabel,” “Kapag Tumabang ang Asin,” and many more.

Ronda gave up her career in show business after she married former action star Rhene Imperial. After years of being together, however, the 2 celebrities decided to part ways.

Bobby Gonzales at His Best 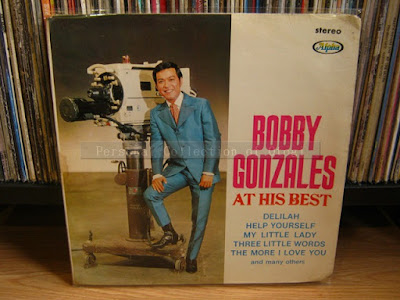 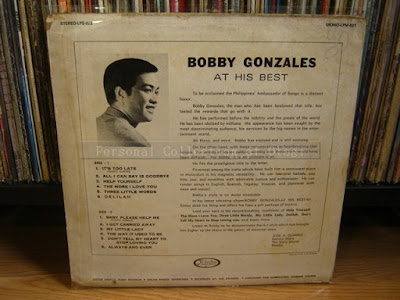 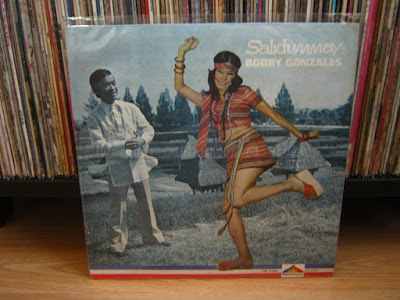 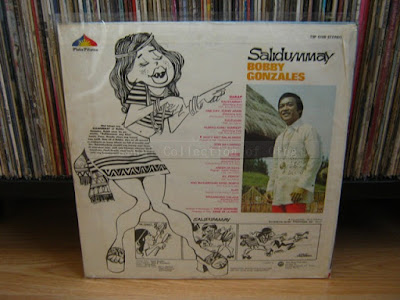 One of the first popular Filipino ballerinas was Bobby Gonzales, whose major hit was "Hahabul-Habol"

Bobby actually started in the 1950's with Bayani Casimiro's entertainment group, Bayani's Merry-Go-Round. But good friend German Moreno, whose birthday it was (Oct. 4) when Bobby died, remembers watching the singer for the first time at the King&#146;s Theater somewhere in Ongpin. Bobby, so German claims, sounded so much like Frankie Lane and a bit of Johnny Rey. When he sang Cry, the crowd cheered on and really went wild.

That was sometime in the mid 50s when German was still working as a janitor/telonero at the Clover Theater, when Clover also featured stage shows with movies as intermission the theater signed up Bobby Gonzalez as one of its regular performers.

As a headliner then, Bobby often had to sing as many as 20 songs per show and there were three shows in one day (1, 3 and 9 p.m.)! "That time, paramihan ng kanta, which was why you had to know a lot of songs," volunteers German. This was the edge of Bobby Gonzales. He had a wide repertoire of songs. In every show, however, he had to sing Cry because the audience always asked for that. Next was Sunny Side of the Street.

After his Vegas stint, Bobby returned to the Philippines and even conquered local television. This was sometime in 1967. Pancho Magalona was then entering politics and had to take a leave from his daily grind as the main host of Magandang Tanghali in the old ABS-CBN Channel 3. bobby was taken in to pinch-hit for Pancho. 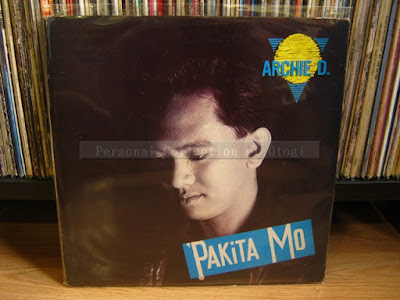 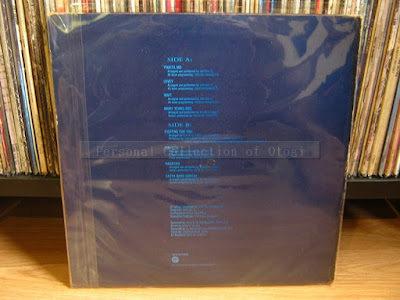 Side A
'Pakita Mo
Lovey
Wait
Many Years Ago

Side B
Fighting For you
Mayette
Kasayaw
Sadya Bang Ganyan


Archimedes Dairocas is an award-winning composer, singer, songwriter and producer. A graduate of the Berklee College of Music in Boston, Massachussets, he has made a mark here and in the US. His album released in 1991 under Vicor Music earned a gold record award, and he has written songs for local top music artists. Dairocas is a two-time award recipient from Billboard magazine 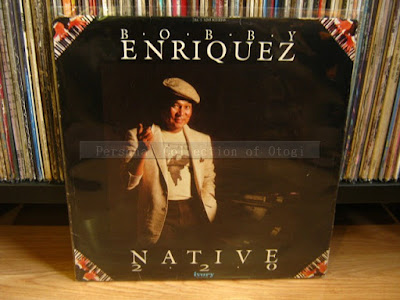 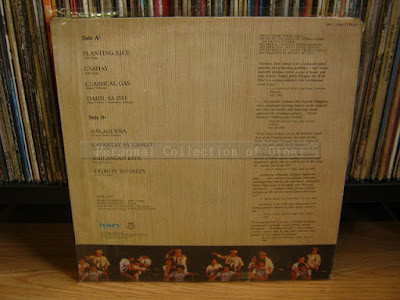 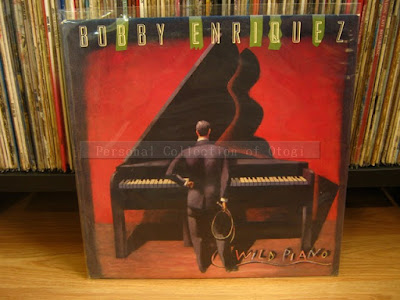 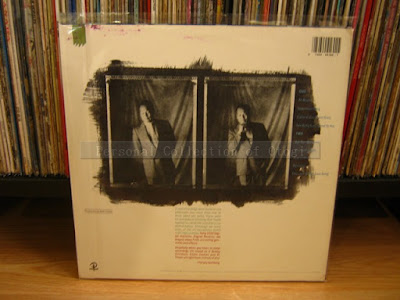 Roberto Delprado Yulo Enriquez (1943–1996), better known as Bobby Enriquez, was a Filipino jazz pianist who became prominent in the United States and well-known internationally as "the Wildman," a title he earned through his very hyper piano playing. A virtuoso who was largely self-taught from the age of four, Enriquez was a professional by the time he was 14. In the 1960s, he played in Manila, Hong Kong, and Honolulu, becoming Don Ho's musical director for a time. He arrived on the mainland in the early '70s, toured with Richie Cole during 1980-1981, and made his debut on record in 1981. Enriquez cut eight albums for GNP/Crescendo during 1981-1985, which made his reputation. His technique and ability to think very fast were quite impressive. He also recorded for Portrait (1987) and a 1990 date for the Japanese Paddle Wheel label has been issued domestically on Evidence

Born on the island of Negros just north of Mindanao. his first love was the piano but his mother wanted him to concentrate on schoolwork. he started his professional career as a musician at the age of 14, sneaking out his second floor bedroom window at night to play gigs and when his mother found out what he was doing at night she shut down the piano and told him to concentrate on homework. So he ran away from home and went to Manila. Once in Manila, he joined various jazz groups and from there he played in Taipei and Hong Kong where he met such jazz luminaries as Mel Torme', Lionel Hampton, Tito Puente, and Chico Hamilton. And eventually he landed a major gig at the famed Golden Dragon Lounge in Honolulu, and while in Hawaii he became Don Ho's orchestra leader and musical director.

In 1967, he arrived in Los Angeles and played briefly for The Sunspots, before moving to Hawaii where he became Don Ho's musical director. He also performed with Amapola Cabase from 1976 to 1977 in Japantown, San Francisco, California, followed by appearances at the Wagon Wheel, and eventually Harrah's Hotel In Lake Tahoe, Nevada. Alto saxophonist Richie Cole discovered him there and asked him to join his band. Enriquez participated in several Richie Cole albums in the 1980s, most notably Alive! at the Village Vanguard and the groundbreaking The Madman Meets The Wild Man.

He recorded a number of astonishing jazz albums for Crescendo Records in the 1980s and was known as "the Wildman" for his unpredictable yet engrossing piano style.