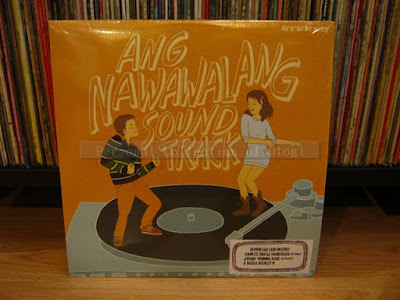 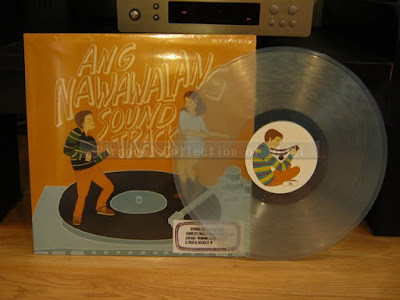 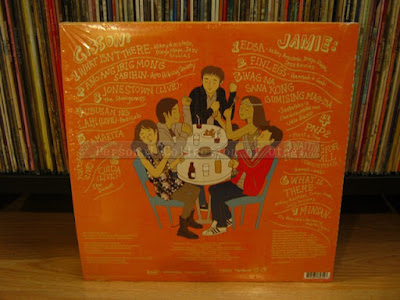 The band was the opening act for Incubus' Light Grenades Pacific Rim Tour Manila stop at Araneta Coliseum in Quezon City on March 9, 2008. In 2005, the band won the coveted In The Raw Award at the NU 107 Rock Awards as well as Best New Artist and Best Female Award for vocalist and keyboardist, Armi Millare, in 2006. In 2008, they were awarded Favorite Indie Artist at the Myx Music Awards.


The 2012 Cinemalaya film Ang Nawawala, directed by Marie Jamora,had music as a secondary character, evoking emotions felt by the other players or commenting on key events in the story. Jamora and Ramon de Veyra, the film's writers and music supervisors, felt even at the stage of writing the script that music would have a place in the film. Musicians were asked to contribute either original songs for the film or unreleased material, and one more thing was done. Much of the music in the film would be recorded live. Working with Peavey Nicolas, who helped engineer the Ang Nawawalang Soundtrack, Jamora was able to capture a number of live performances especially staged for the film, including four made at the final Meiday gig in March 2012.

The soundtrack is a compilation not only of these live performances but also of all the songs that appeared in the film—even as very incidental music.

Since vinyl records started reversing their downward trend towards obsolesence in 2006, recordings released in this novel format have come back in a big way.

Neilsen Soundscan, the official source of sales record in the music industry in the US reported that with 3.6 million sales in 2011, more vinyl LPs were purchased than any other year since they began tracking sales in 1991.

While sound quality of vinyl vs. CDs and mp3s remain a hotly debated topic among audiophiles, the packaging of the physically larger vinyl records is something that both collectors and casual music fans find attractive.

“I do not have a preference. However I will admit there are some things I want specifically on vinyl because they have a certain aesthetic appeal to them, the picture on the cover is really nice or the record itself is really nice,” 31-year Jonathan Oldmixon told VOANews.com.

It was therefore a matter of time before the Philippines would follow suit with our own vinyl pressings. Last month, it finally happened. For the first time in quite a spell, a new vinyl recording was released in the form of the limited edition soundtrack of “Ang Nawawala,” the celebrated Cinemalaya feature film debut of Marie Jamora.

The album, officially called “Ang Nawawalang Soundtrack”, contains 13 tracks that include live performances of songs by Pedicab, Itchyworms and The Strangeness, as well as some of the award-winning musical score. There is also a special live version of “Cuida,” (a bonus track on the repackaged Sugarfree album Dramachine) performed by Ebe Dancel.

Also featured is a rerecording of the Eraserheadsʼ “Minsan,” by Ely Buendia and Raimund Marasigan, arranged by Jazz Nicolas, made specifically for the film and the Apo Hiking Society’s “Ano Ang Ibig Mong Sabihin,” a cut from their 1975 vinyl release, “Collector’s Item”.

With the exception of Apo and Eraserheads, the soundtrack will mark the first time these artists will be heard on vinyl.

A purchase of the vinyl will also include a digital download card for all the songs on the record, along with all the other tracks that are featured in the film. All 20 songs by artists like Sandwich, Ang Bandang Shirley, Tarsius, Outerhope, Flying Ipis, Plant A Tree, Kagawasan (Glaiza de Castro and Alwyn Uytingcoʼs band), Innerdespair (the fictional band featured in Ang Nawawala), Frances Feranil and Ciudad will be available for download.

The digital version of the tracks have also been remastered specifically for digital audio. All 19 tracks of the film’s award-winning score will also be made available for download from the download card. This will be exclusive to the vinyl version.

For Marie Jamora, the vinyl release of her film’s soundtrack is a dream come true.

“I have always dreamed to make a soundtrack featuring all my favorite OPM artists. Having it pressed on vinyl is not like having icing on the cake, itʼs like having an all-you-can-eat dessert buffet instead! I love that weʼre making history by continuing the legacy of the vinyl format. I firmly believe that vinyl is the future of music.”

Francis Cabal, a member of the band The Strangeness is elated to be part of the history-making soundtrack. “With vinyl making a resurgence, I’m really happy that Marie and company decided to release this soundtrack on that format. We’re still a young band with only an EP under our belt so to be included in this soundtrack is a very big deal for us.”

The decision to release the album on vinyl format is not necessarily a whimsical one, according to Jamora.

“Because of its price point, vinyl gives artists the royalties they deserve; it uses the most perfect audio format; and it is UN-PIRATEABLE. I know some people who are actually going to buy turntables just so that they can hear their favorite local bands on this record,” the filmmaker added.

And yes, it comes in a very attractive packaging, starting with the striking album art by award-winning artist Cynthia Bauzon-Arre showing a cartoon version of lead characters Gibson (Dominic Roco) and Enid (Annicka Dolonius) dancing on top of a playing vinyl record.

The artist is best known for her album covers for the Eraserheads, Sandwich, Imago, Ely Buendia, and Itchyworms. This will be the first time that her work will be featured on a vinyl record and jacket. Inside, instead of a regular black vinyl, the record is also transparent (clear) and features full-color labels also illustrated by Bauzon-Arre.

Side A features a drawing of “Ang Nawawala” protagonist Gibson Bonifacio, while Side B features his twin brother Jamie. Also included is an exclusive 11×17 inch poster of “Ang Nawawala” illustrated by Bauzon-Arre only for this limited edition release.

The production of “Ang Nawawalang Soundtrack” on vinyl was made possible through the generosity of its executive producers: Gang Badoy of Rock Ed, Jay Amante of The Grey Market and Blanc Galleries, Bong Rojales of Heima, and John Sy of Roughcutblender.com.

All the songs were remixed and engineered at Liquidpost by Peavey Nicolas (guitarist of Sleepwalk Circus and brother of Jazz Nicolas) and were remastered for vinyl by Shinji Tanaka at Sound Creation Studios.

“The day we received the test pressing, Mikey, Jazz, Peavey, and I set up the record player at Liquidpost and we listened to it together. We kept on pinching ourselves because we couldnʼt believe we were hearing our music so beautifully. We have been working on the soundtrack non-stop for the last two months, acquiring all the rights and licenses and paperwork, and nitpicking each instrument of every track to make sure every song sounds as perfect as it should,” Direk Marie enthused.


For the artists involved, particularly Diego Mapa and Jazz Nicolas who created the musical score along with Mikey Amistoso, the process of making music specifically for the film was just as joyful as listening to the soundtrack in vinyl format.

“Working with Diego and Mikey was like forming a band just for the movie”, Jazz beamed. “We played together like a three piece band and recorded them live. Then we would add on to the basic track.”

“The approach was very natural because I’ve worked before with Mikey and Jazz. The best part was jamming together watching clips from the film. And it seems, instantly we knew already how the score would go. No one would out do each other’s part, we were all locked in the vision, I guess,” Diego revealed.

Of course, no one is pleased with the results than Direk Marie, who handpicked all three musicians to do the film’s score.

“With the release of the soundtrack on vinyl, I’m glad that I can now share my favorite music with the world. Like the film, this soundtrack has been a labor of love.”

Intended as a collector’s item, only 500 copies of “Ang Nawawalang Soundtrack”| will be sold. If all copies are sold and Marie decides to reprint the record, it will be on a regular black vinyl, featuring single-color labels and without the limited edition. 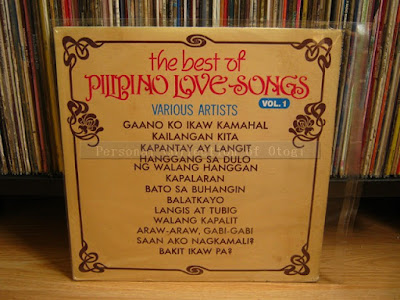 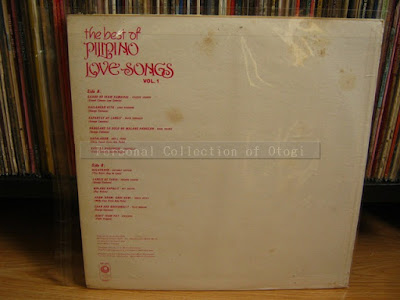 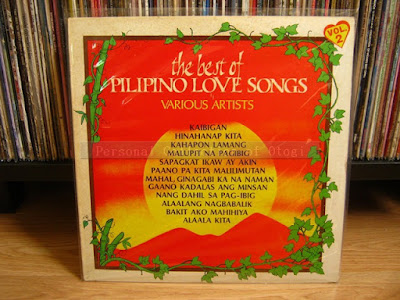 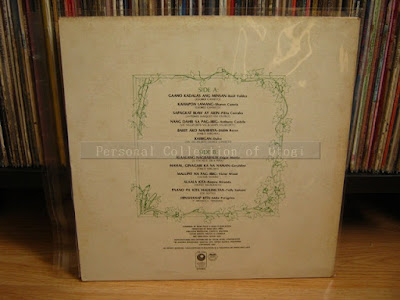 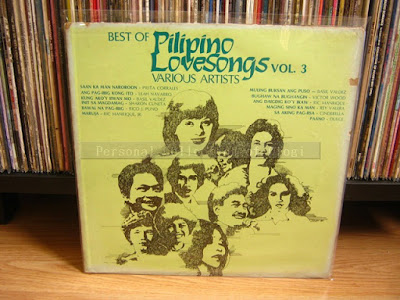 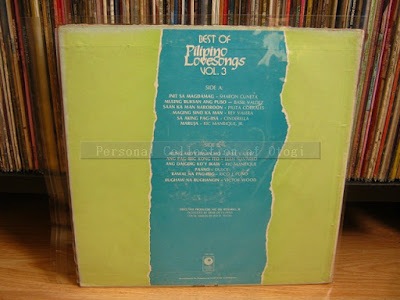