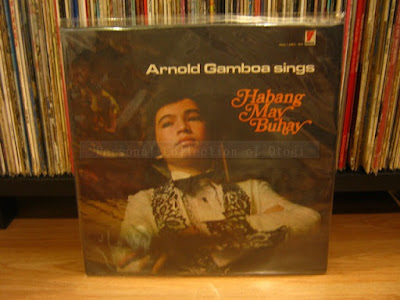 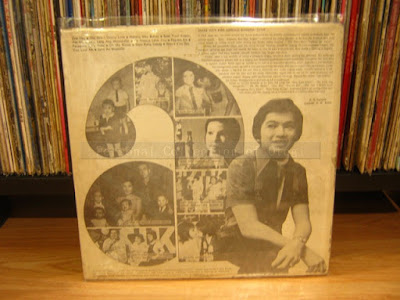 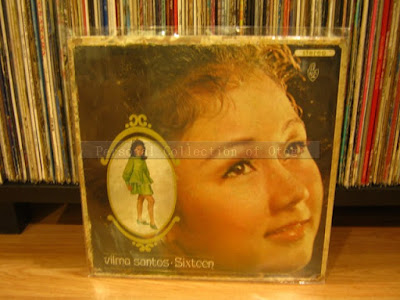 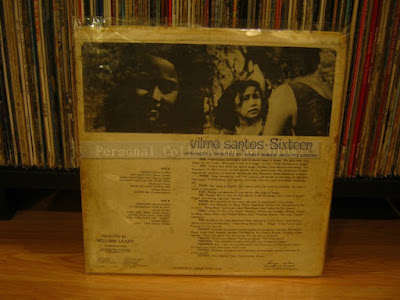 Side B
Sometimes
It's Wonderful To Be In Love
Baby, Baby, Baby
Sealed With A kiss
Then Along Came You "Edgar"
Love Love 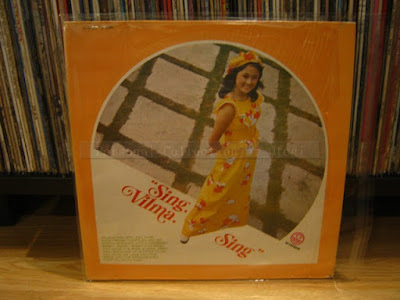 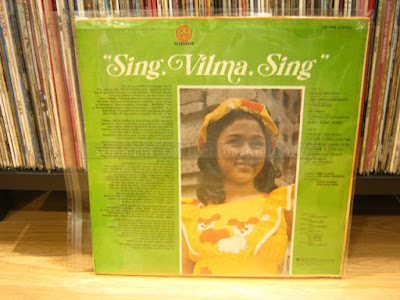 Side B
The Ricky-Tick Song
It's Been A Long, Long Time
Breaking Up Is Hard To Do
You Made Me Love You
The Birds And The Bees
He's So Near (Yet So Far Away) 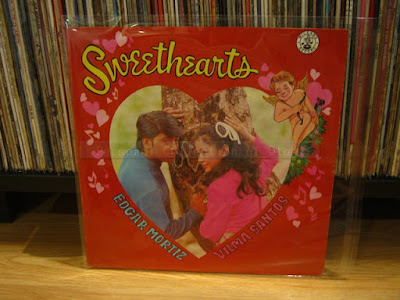 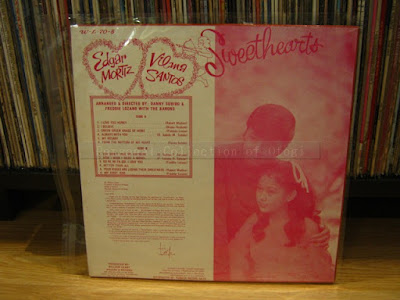 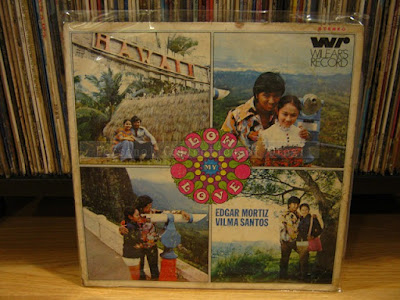 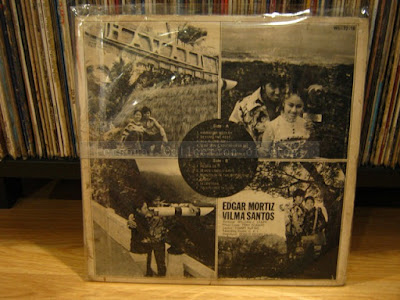 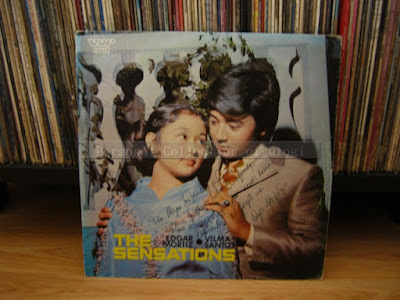 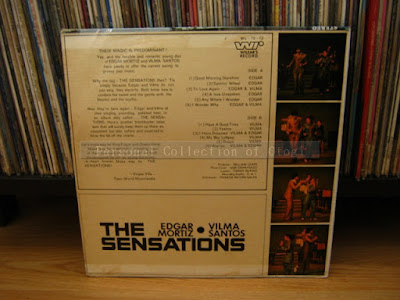 Vilma Santos-Recto (born November 3, 1953) commonly known as Ate Vi is a Filipino actress and politician. She is known as the Star for all Seasons for her various roles in different genres of her movies and holds the titles of Grand Slam Queen and as the longest reigning box office queen of Philippine cinema

Five On The Floor 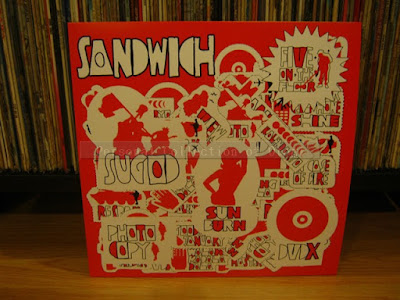 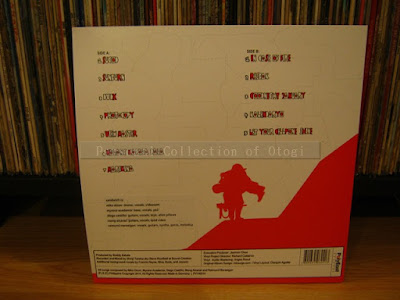 
The band formed in 1998 by Raimund Marasigan (former drummer of Eraserheads) and Diego Castillo (The Aga Mulach Experience) for the purpose of fulfilling their mutual desire to work together. When Raimund Marasigan saw The Aga Muhlach Experience in a gig, He told to diego that he want to form a band that sounds like Weezer and Whales recruiting Diego Castillo and his band mates from The Aga Muhlach Experience consist of Mike Dizon (Teeth & Pedicab) to play drums and Myrene Academia (Imago & Duster) to handle bass duties. Sandwich was searching for a vocalist when music video director Marie Jamora recommended her friend Marc Abaya (Kjwan). A few years earlier, Marasigan was a judge at a contest where Marc Abaya jammed to a Beastie Boys song with his high-school band, Shirley Beans. Abaya then joined Sandwich. When Abaya and Marasigan met each other, they jammed together performing Beastie Boys "Sabotage" for 8 hours.

Although existing simultaneously with the Marasigan's foremost band at that time, Eraserheads, Sandwich provided a heavier, grittier sound, and built up their own fan base. Abaya was still in college at the time, and Marasigan would still tour occasionally with the Eraserheads, but these weren’t hindering factors for Sandwich, as there were many session musicians ready to take over in case of a member's absence.

After Abaya's departure, Raimund Marasigan assumed main vocal duties when Abaya left, but they remained a 5-piece band as the missing spot was later filled by Mong Alcaraz of the band Chicosci.the band wrote songs for soundtracks, including "Humanda Ka" for the online game Tantra, and "Nginiig" for the ABS-CBN television program of the same name.

In late 2005, Mong Alcaraz of Chicosci joined the band to solidify Sandwich's new sound and assume guitar duties which Abaya had left behind.

In early 2006, Sandwich released their fourth album, Five on the Floor. This was their first album with Marasigan as the sole frontman. In late-October 2006, their songs "Sugod" and "DVDX" became available on the online music game O2Jam. The video for "Sugod" won five major awards at the 2006 MTV Pilipinas Music Awards, including Video of the Year, Best Director, and Best Editing. In the same year, Sandwich members Mong Alcaraz and Myrene Acamedia won the Best Guitarist and Best Bassist awards at the NU Rock Awards. The following year, "DVDX" won the Best Music Video award from the same awards show. The former vocalist Marc Abaya express appreciation of the Five on the Floor album. He cried and happy for his former band and saying that the sound of the fifth album is what sandwich meant to be.

In 2007, Sandwich performed "Zaido", the theme song for the fantaserye action series Zaido: Pulis Pangkalawakan, which aired on GMA 7. The song was written by Raimund Marasigan.

In 2008, their fifth album' <S> Marks the Spot, was released. The album received recognition from various awards shows, thanks to its singles Procrastinator and Betamax. In celebration of their 10th year in the industry, Sandwich briefly reunited with former vocalist Marc Abaya in a series of anniversary shows.

This year also started the 4-year relationship with Tanduay as Sandwich became part of Tanduay's First Five wherein 5 of the most popular bands in the country including 6cyclemind had a nationwide tour playing their hits.

In 2010, Sandwich launched their sixth studio album, Contra Tiempo featuring the single Putik, which the band dedicates to the victims of Typhoon Ondoy (international name Ketsana). Lakad was then released as the second single from the album.

2012 was a year where the band had a chance to travel and share their music to different countries. They participated in the Hong Kong Clockenflap Music and Arts Festival, Malaysia's Future Music Festival and the Hollywood Bowl with Apl de Ap of the Black Eyed Peas in Los Angeles, USA.

In April 2013, they released their newest album, Fat Salt & Flame, under Polyeast Records. A vinyl pressing of this album is rumored to be on the works.


Sandwich cited influence are Foo Fighters, Weezer, Sonic Youth, Beastie Boys, Whale, The Cure, Led Zeppelin, The Doors, Nine Inch Nails, Deftones and LCD Soundsystem. The band main influence are Weezer and Whale. During their gig at 19 east sucat, Raimund mentioned that they want to be awesome like Foo Fighters, Indie like Sonic Youth and Hip hop like Beastie Boys. When Marc was the vocalist of the band, he mentioned in the interview that his main influence was Led Zeppelin, Jim Morrison of The Doors. Myrene and Mong also mentioned they love LCD Soundsystem. 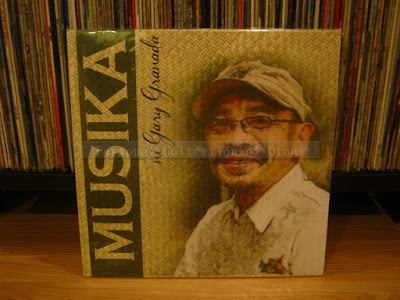 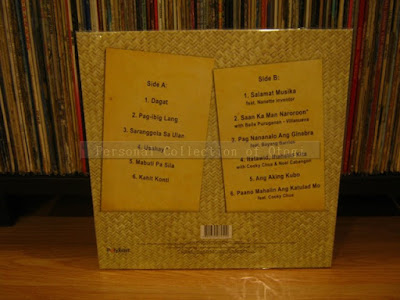 Gary Granada (born 1960 in Maco, Compostela Valley) is a well-known Filipino musician, composer and singer-songwriter. He is also a tutor at the University of the Philippines, a board member to several organizations, a union organizer, broadcaster, and voice talent, among others. Many of his songs carry political themes.

Granada learned the ukulele at his father’s insistence, learned how to play guitar proficiently as well, got up to grade one in piano, and never learned how to read music. He made a lot of compositions: topical compositions as well as advertising jingles, with some becoming hits at one time or another.

If You Go Away 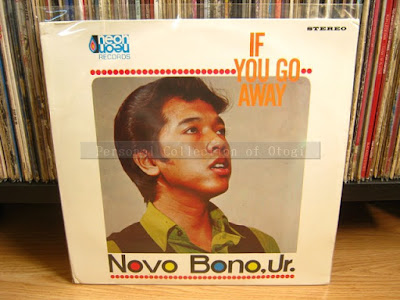 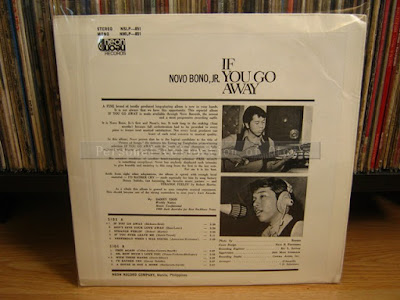 Side B
Free Again
Oh, How Much I Love You
With These Hands
I'd Rather Cry
A House Is Not A Home