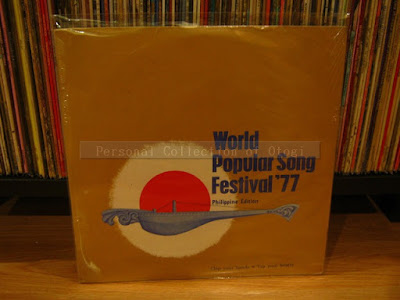 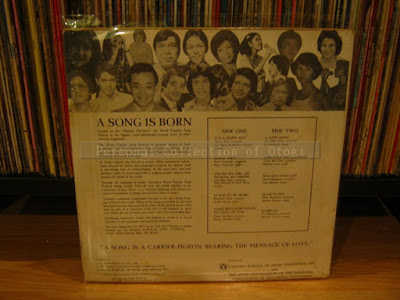 Side A
It's A Happy Day - Joy Sagun & Maritoni Falconi
Isang Awit - Ryan Cayabyab
You're My Girl, My Woman, My Friend - Ding Mercado & Louie Reyes
It Has To Be Music - Bobby Cheng
Every Part of Me Wants To Cling To You - Romeo Miranda

The World Popular Song Festival, also known as Yamaha Music Festival and unofficially as the "Oriental Eurovision", was an international song contest held from 1970 until 1989. It was organised by the Yamaha Music Foundation in Tokyo, Japan from 1970 until 1989. The first edition of the World Popular Song Festival (WPSF) took place on 20, 21 and 22 November 1970 with 37 participating countries from all continents. The concert was cancelled in 1988 due to the illness of the Shōwa Emperor; the final year was a charity concert for UNICEF, after which the contest was formally ended.