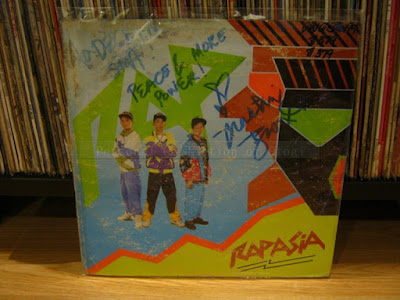 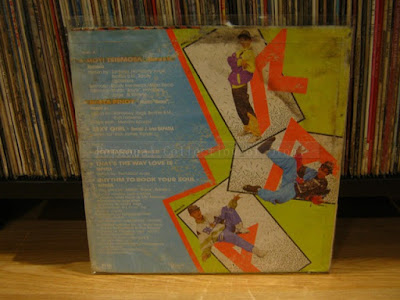 Side B
Deveresan - Brother B.M.
That's The Way Love Is - RAPASIA
Rhythm To Rock Your Soul - RAPASIA 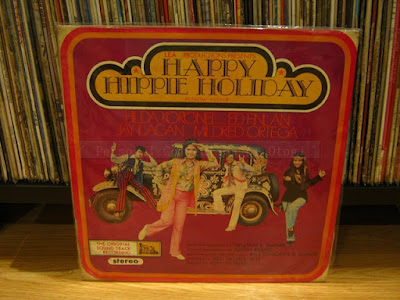 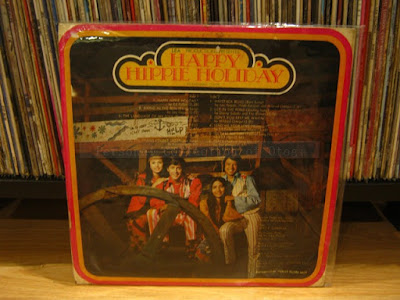 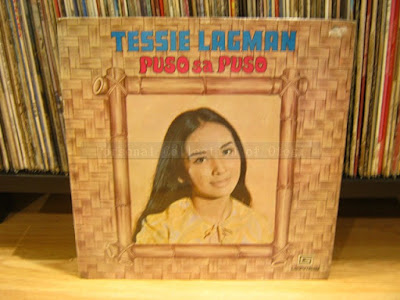 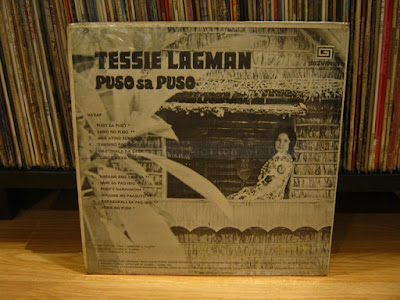 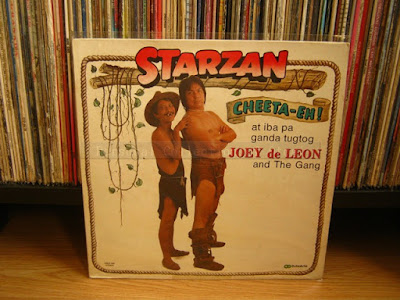 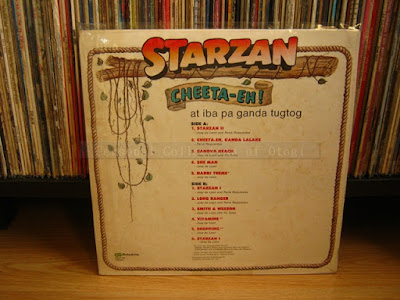 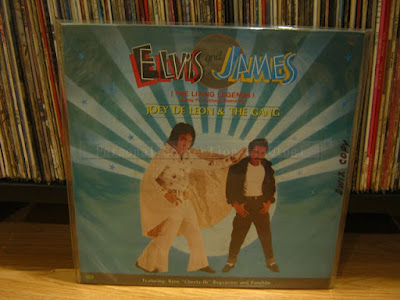 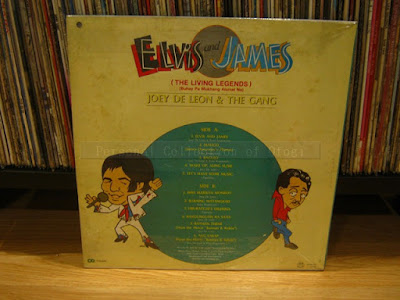 Side A
Elvis And James
Maligo
Baguio
Wake Up, Aling Susie
Let's Have Some Music 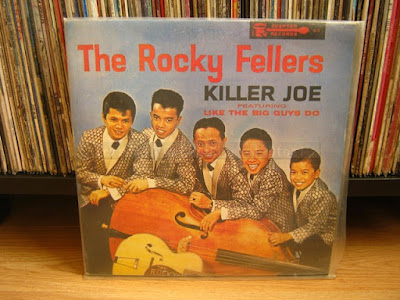 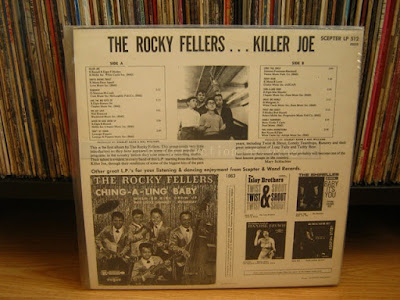 
The Rocky Fellers were an American-born Filipino pop/rock band discovered by Stanley Kahn in the 1960s, who signed them to Scepter Records. The group was composed of four Filipino brothers: Tony, Junior, Eddie and Albert Maligmat, and their father, Doroteo "Moro" Maligmat. They had a hit single called "Killer Joe", written by Bert Russell and Bob Elgin in 1963. The song was inspired by famed dance instructor and 'King of the Discothèque', Killer Joe Piro. It has many similarities to the chorus of the Mickey and Sylvia hit, "Love Is Strange".

"Killer Joe" reached No. 16 on the Billboard Hot 100 in April 1963. They followed up with another Bob Elgin song called "Like the Big Guys Do". Among their other recordings was a Christmas novelty song, "Santa, Santa", written by a then-unknown songwriter, Neil Diamond. The Rocky Fellers also recorded another Neil Diamond song, "We Got Love" which is available on their LP, Killer Joe from 1963. The Rocky Fellers faded quickly from the music scene in the mid-1960s, primarily due to the arriving British Invasion bands. 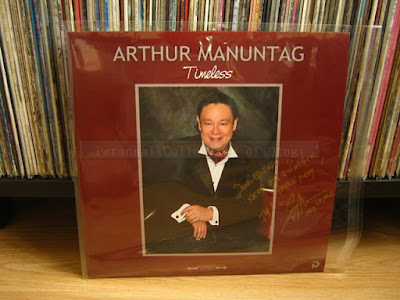 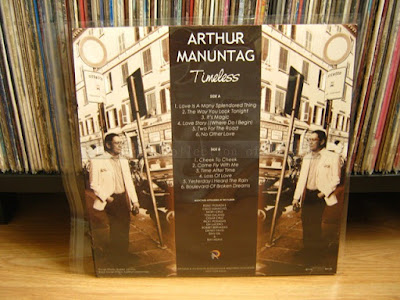 This modern day crooner brings back the sound of old-fashioned romance. Arthur's music moves people in ways you've never seen a performer do before. He truly is a very talented crooner that you can feel all the emotion and sincerity he puts in every one of his songs.

“Yes, this 6 foot balladeer, does an excellent job of mimicking Tony Bennett’s singing artistry only, he does it a note higher sometimes!

In fact, a foreign guest who attended one of his concerts was over heard commenting that Arthur sounds more like Tony Bennett than

Arthur is obviously gifted with a powerful, splendid and multi-ranged voice, topped with a masterful stage presence and a good grasp of humor that comes naturally! This pony-tailed big guy is without a doubt, a world-class performer with a lot of soul to give!

This man who loves to sing songs from his folks’ musical treasure chest makes no attempt to be cute. He’s satisfied with himself in the original! He’s no copy-cat …he just Arthur-izes the songs he sings, superbly well! And when he sings, you can close your eyes and swing along or dream along with him, that’s what the audience usually do in his shows and concerts as this charming balladeer smoothly croons classics like As Time Goes By, The Way You Look Tonight, If I Ruled the World, Till, Stranger in Paradise, Come Fly with Me, Because of You, I Can’t Stop Loving You, I Won’t Cry Anymore, I Left My Heart in San Francisco etc. “

Arthur started his music career in the early 80’s as a drummer and at the same time the lead vocalist of a band that played a combination of folk, country & rock… from The Beatles to Santana, Eagles, Queen, Led Zeppelin, Deep Purple etc. The band was called “The Kryptons”.  They did the rounds of the Ol’ Shakey’s Pizza Parlour that during that time was so popular among the teenagers & rock music buffs because of its nightly live band entertainment.

After a year and a half of playing rock, Arthur got tired of the noise and decided to return to his first love, crooning the classics.

Since a young boy, Arthur’s been a big fan of standards, listening to the records of Frank Sinatra, Nat King Cole, Tony Bennett, Matt Monro, Johnny Mathis and even Diomedes Maturan who was a schoolmate of his dad’s in high school.

Joined several bands as a lead vocalists from hotel showbands  to concept bands etc… performed songs of different genres but still no music genre  transcends the “Good Ol’ Standards” he said. Tho’ there have been numbing road trips, identity problems, self-doubt, and rejection, through the years Arthur sort of analyzed himself, and said, '”This is all I'm going to do… reintroduce and perform the classics the standard way. Arthur committed himself to singing songs that would appeal to all ages, a principle that would guide him for the next 100 years. And he feels so satisfied that he’s been able to do that up to the present time.

"The music business and the entertainment business--in fact, all businesses--have become so narrow-channeled. I have done well in my narrow channel because I have never deserted it. I’ve been singing for years and still, nothing gives me greater joy than performing for an audience." –Arthur Manuntag 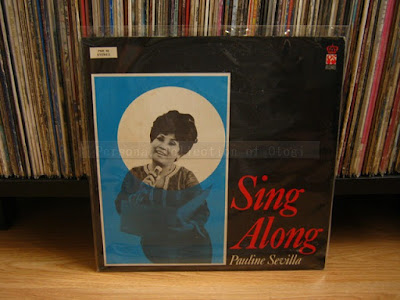 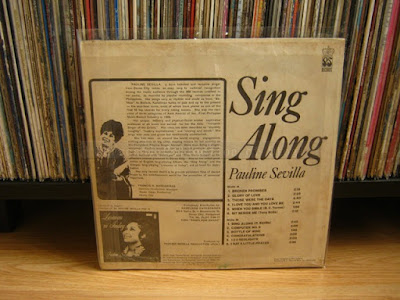 Side B
Sing Along
Computer No. 9
Bottle of Wine
Congratulations
1 2 3 Redlights
I Say A Little Prayer 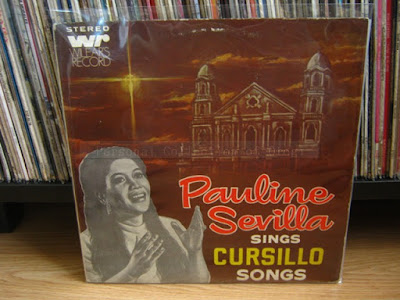 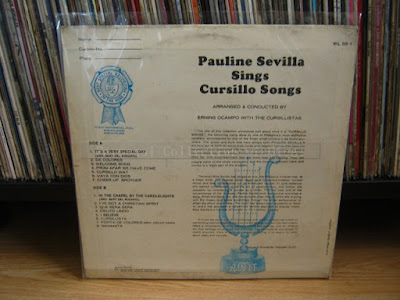 Side A
It's A Very Special Day
de Colors
Welcome Song
From Afar We Have Come
Cursillo Way
Vaya Con Dios
Cheer Up, Brother 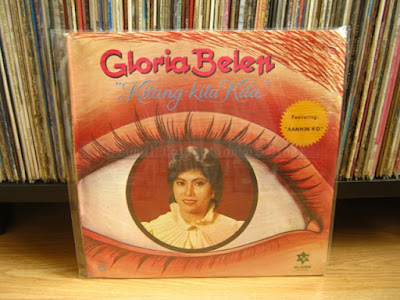 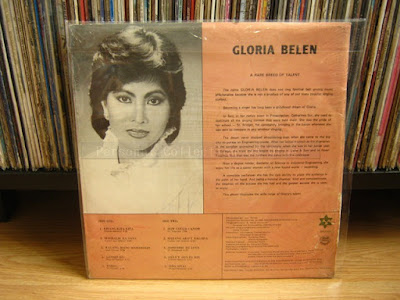 Side B
How Could I Know
Habang Ako'y Nag-Iisa
Sometime To Love
Sana'y Ako pa Rin
Sino Siya? 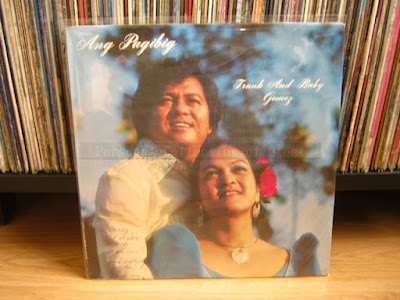 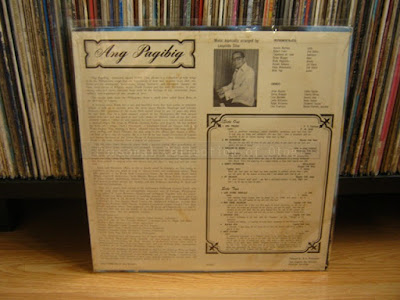 
Frank gomez, A baritone-tenor has a rich and beautiful voice that does justice to romantic balladsas weel as to operatic arias

Herminia (Baby as she is fondly called by friends) does not limit herself to singing arias and classics but also likes to sing pop and rock. 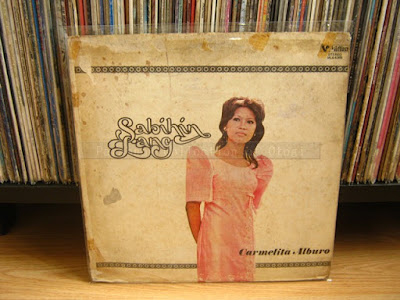 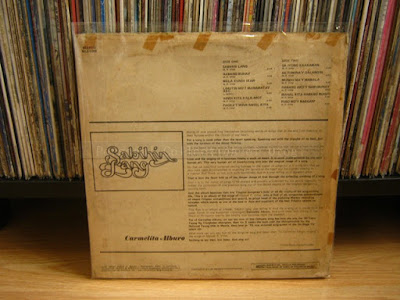 Carmelita Alburo was the '69 Cebu Tawag Ng Tanghalan Champion, then for 5 weeks she took over the championshio for the National Tawag title in Manila, the later in '70, was crowned song-queen of the On-Stage TV talent tilt

A Song For My Love 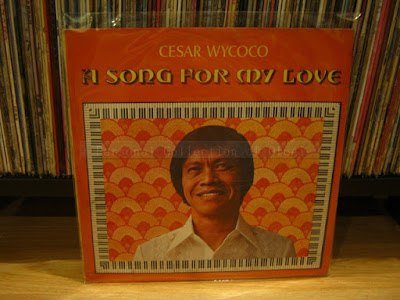 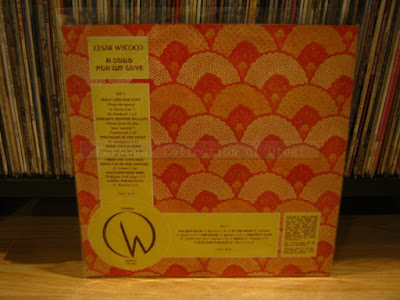 
A polyglot, Cesar is fluent in Pilipino, English, French and Italian, with intermediate Spanish and elementary Portuguese as fifth and sixth languages. He was a resident of Monaco for seventeen years before moving back to the Philippines in October, 1994. He now lives in Salcedo Village, Makati City.

Cesar has produced and recorded five albums of piano solos (among which are twenty-seven of his compositions), all in studios in Milan, Italy and Athens, Greece.

“Kung ano ang ukol ay bubukol” — what is natural will come out. Take Cesar Santiano Wycoco. Despite training (scholarship at Oklahoma City University and F.A.A. Training Center, Oklahoma City, Oklahoma, U.S.A.) and years of work in Air Traffic Control (Manila International Airport and U.S. Navy), and formal preparation for the diplomatic service (B.A. in Government and International Affairs, George Washington University, Washington, D.C., and M.A. in Political Science, University of Hawaii, Honolulu, Hawaii, U.S.A., graduate degree in French, University of Nice, Nice, France) it is his musical talent that prevailed and turned him into a professional pianist and composer-lyricist.
In effect, with virtually no formal musical training, aside from a limited number of lessons in basic piano from a neighbor-teacher, Cesar successfully carved out a career as a Solo Lounge Pianist, thanks to a keen musical ear and years of diligent self-study. Starting to play the piano in post-Liberation clubs in Manila (including the USO Club on Escolta), he eventually moved on to piano lounges on board world-class luxury cruise liners—Sun Line Cruises’ T/SS STELLA SOLARIS, Royal Cruise Line’s M/V ROYAL ODYSSEY, and only Silversea Cruises’ M/V SILVER CLOUD and five-star hotels—Hotel Loews Monte Carlo, Monaco, The Manila Hotel, and Hotel Shangri-La Manila. It is noteworthy that while on board cruise ships, Cesar included in his regular schedule per cruise a 40-minute solo piano concert featuring his original compositions.

Mon Pestano and The Robins 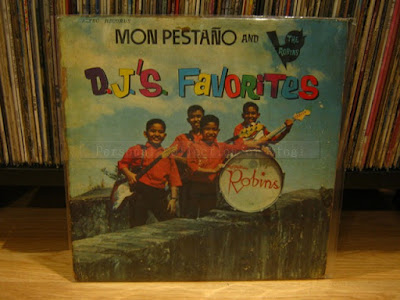 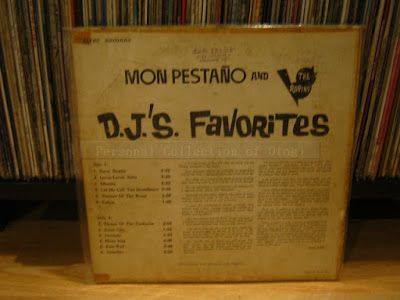